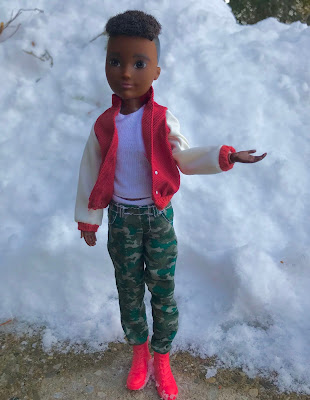 Being unboxed today is doll dc-725 from the Barbie Creatable World line. This line features a new body design and is marketed as something that is slightly more customizable than the standard Barbies as, in addition to different outfits, it comes with two alternate hairstyles. A short default haircut and a long wig. The dolls sell between $30-$40CDN.

The dolls have also received quite a bit of publicity due to being of indeterminate gender, meaning that kids can decide if they want their doll to be a male or female character (or neither). Some people have called this the non-binary Barbie, but based on the height difference between this doll and standard Barbies, it seems more like a pre-pubescent one. Either way, if you’re looking for a Barbie-line doll without the exaggerated chest or Barbie or Ken, this fills that gap.


Dc-725 has dark hair and dark skin: there are several other hair and skin colours available. 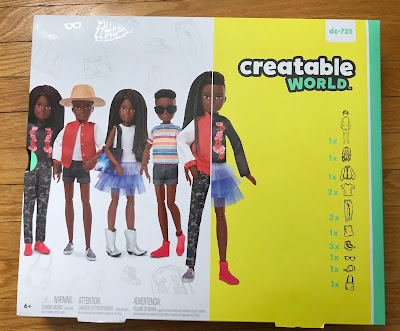 In addition to the wig, this doll comes with three pairs of shoes/boots (converse-style, loafers, and cowboy boots), a pair of camouflage trousers, a tulle skirt, a short sleeve top, a long sleeve top, a varsity-style jacket, denim shorts, glasses, and a shoulder bag (in the style of a reusable shopping bag more than the style of a handbag). 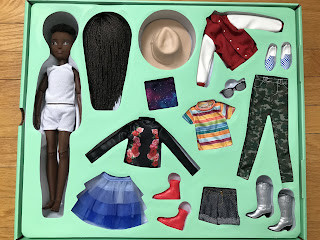 The doll has 13 points of articulation, which makes it more pose-able than a standard Barbie, but lacks some of the rotational abilities of the Made to Move line. 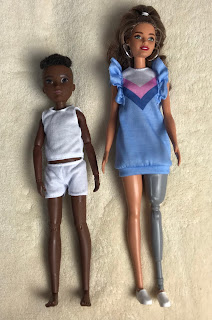 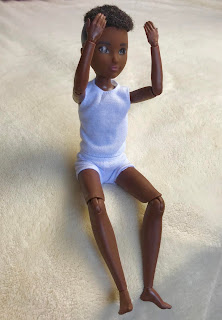 Having come to fashion dolls from the highly customizable BJD world, I was enthusiastic for a customizable Barbie, but I came away somewhat underwhelmed. The long wig has a very obvious wig line that’s less than ideal, and since that’s the only non-clothing custom element I thought it was a shame it wasn’t better quality (although I did think the microbraids were nicely done). 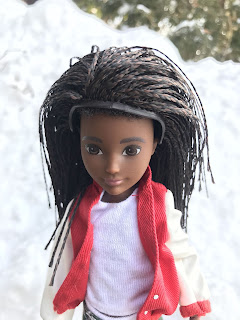 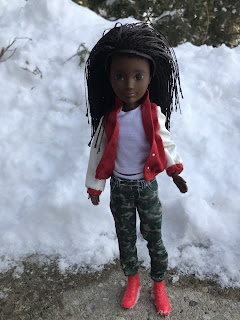 Overall I think this is a cute doll, and if you’re looking for a play line fashion doll with a younger or less gendered look than a standard Barbie or Ken this definitely fulfills that. I just wish there had been more customizable features. 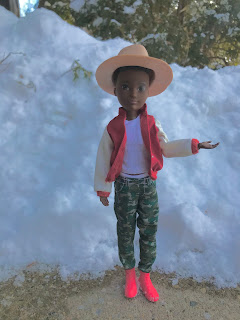