Packed up and ready to move!

Coming up after the move...

Moving day is just over a week away, so while I do have a few unboxed items to photograph, I'm going to be spending the next week putting things back into their boxes, so I think I'll wait on opening those up.
Still, before I get into the packing, I thought I'd take a quick photo of the toys that are newly arrived but being packed away immediately:

It's not a huge backlog: just two Minimates sets (a Dragon Age set of four and a Marvel set of two) and two American Girl mini Dolls (Grace, the 2015 Girl of the Year and the new version of Samantha), but they'll just have to wait! ;)
Posted by jSarie at 6:24 AM 12 comments:

The Return of the Tourist Dolls (Thailand Edition) 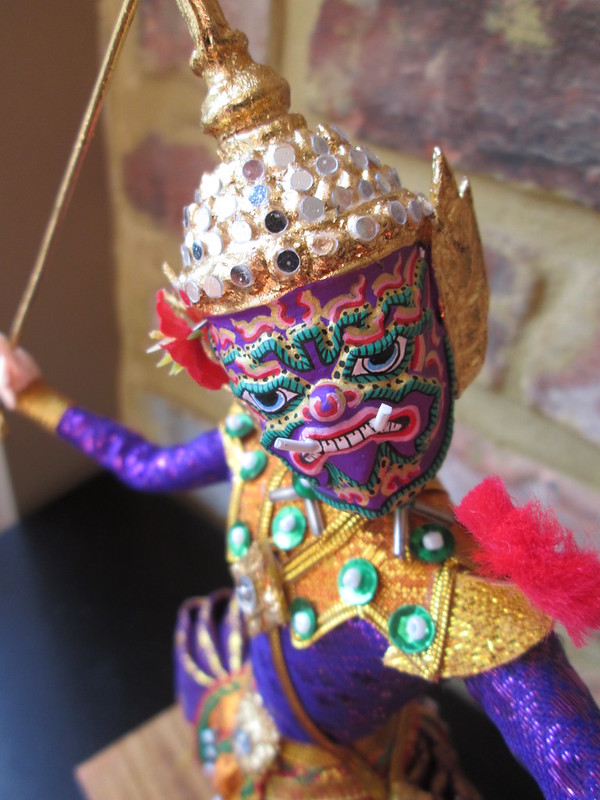 I didn't expect this post to be up a week later than the others, but life got in the way for a bit (an uncle-in-law passed away, so I went to Toronto for the funeral).  And I'm back just in time to start packing for my move on the 28th.  That's lots of time, right?

Still, there were a couple of Thai souvenirs left unpacked, so they get to be opened up first!

I brought home one major display item, a figure of a dancer in a monkey warrior mask.  As figures go, he's purely a display piece, having no articulation and being permanently attached to a stand.  Still, as display items go, I think he's fairly eye-catching.

In addition to him, I also brought home a small set of keychain dolls (each in traditional garb) to give away to friends. I've parted with half of them already, but I'm including photos of the remaining three here as well.

The Figure and Doll Shops of Bangkok's MBK Center

What's more fun that watching your cousin-in-laws bargain for cheap souvenirs?  Depending on your personality there might be a few different answers to that question, but for me the answer is checking out the doll and action figure shops in the same area!

MBK Center is a massive shopping mall in Bangkok, the 6th floor of which is primarily market stalls rather than actual shops.  But along with the discounted t-shirt and souvenir booths, there were a variety of collectible and toy stalls which I thought it would be fun to share.

As with my other holiday photos, apologies in advance for the camera phone photo quality.