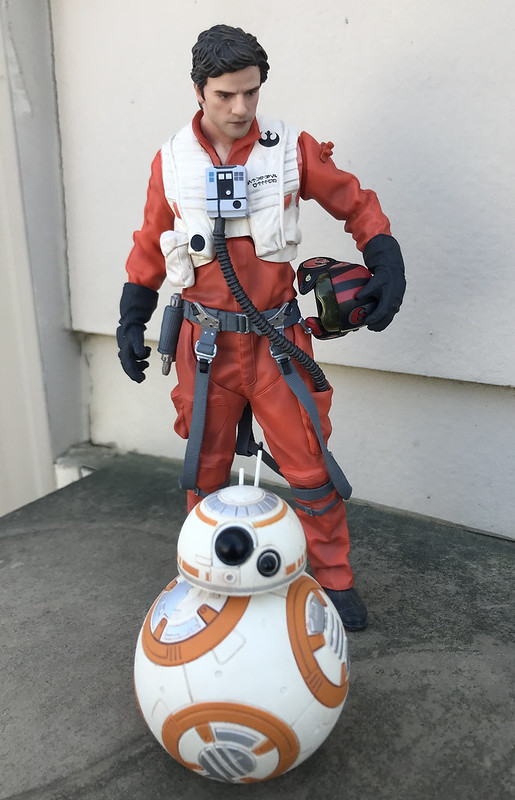 Up for today's unboxing is the two figurine set of Star Wars' Poe Dameron and BB-8 from Kotobukiya's ArtFX line.  I've had mixed experiences with Kotobukiya's figurines. I loved the single-piece figure of Tali from Mass Effect from their Bishoujo line but was disappointed by the assembly-required Hawkeye from their Marvel Now line which fell apart within hours of opening it.

I've been cautiously enthusiastic about the Star Wars line: the amount of detail on this figures is impressive, but the fact that they have the same multi-piece construction and magnetic base as my Hawkeye figure worried me.  But then a sale + a gift card overruled my caution and I brought this one home.

The PVC figures are 1/10 scale and are labelled as a "model kit" rather than as a statue or figurine, which I found interesting.  While the Poe figure does require assembly, BB-8's head and body are held together via magnet, which worries me (I can imagine it falling off and getting lost easily).