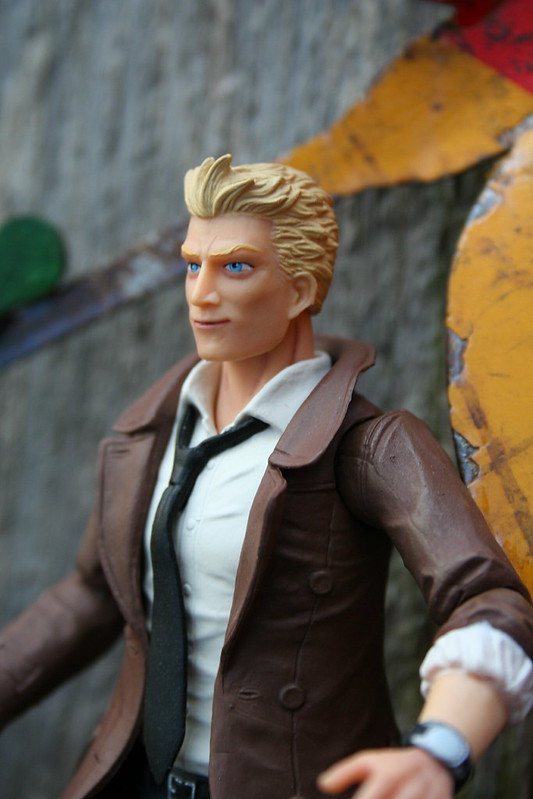 Being unboxed today is the action figure counterpart to the John Constantine statue that I opened a couple of weeks ago.  As mentioned in that post, I do own the old DC Direct figure, but as he's in storage back in Canada I won't be able to compare the two directly.  That said, I can confirm that this new figure has much more detailed sculpting and much more impressive articulation.

As far as I can tell, this wasn't a terribly popular release: I first noticed this guy at my local comic book shop about a year ago with an asking price of $25USD, and he seems to have languished there ever since.  Every now and then I'd consider picking him up, but having been disappointed in the quality of DC's figures before I held off, until I noticed an online sale that had him listed for a 66% discount.  Even then I waited a week before clicking the buy button - but in the end I gave in and this review is the result!

As part of my plan to do a more extensive cross-line mini figure comparison post in the future, I picked up two new blind bag figures yesterday: one from Mega Bloks' Halo line, and one from the Mighty Minis Batman v. Superman line (which reminded me of a Kinder Surprise toy).

I was impressed at the level of detail and articulation on the Halo figure in particular. And while the Superman figure can't really stand on his own with any ease, his ability to swing his arms goes a long way towards balancing that out (and letting you balance him out!)
Read the rest of the post here »
Posted by jSarie at 8:02 AM 14 comments:

In the Garden after the Rain

Since my current garden is narrow and L-shaped I can't always get far enough away to frame my photos the way I'm used to, but I decided to not let that get in the way of new photos and took Carpatina Veronika and Double Dutch Sascha out after a rainstorm to do some experimenting. I'm not thrilled with the results, but that just gives me something to work towards, right? 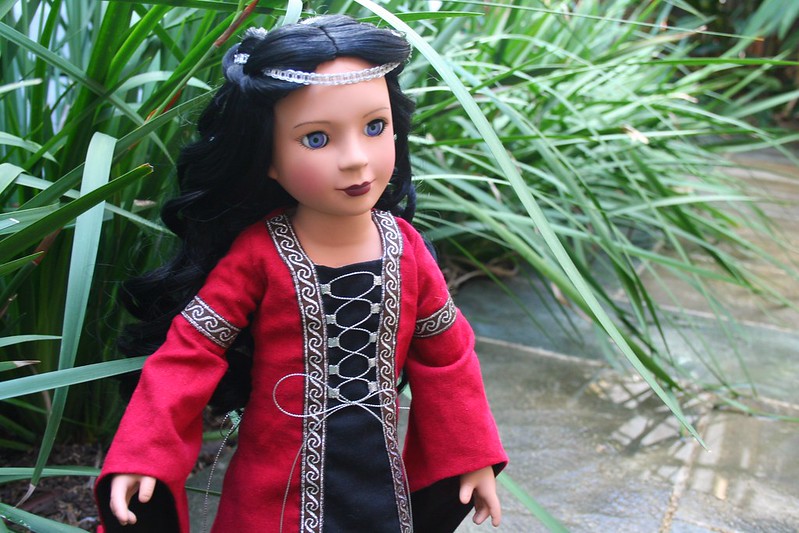 It's all photos from here on out. 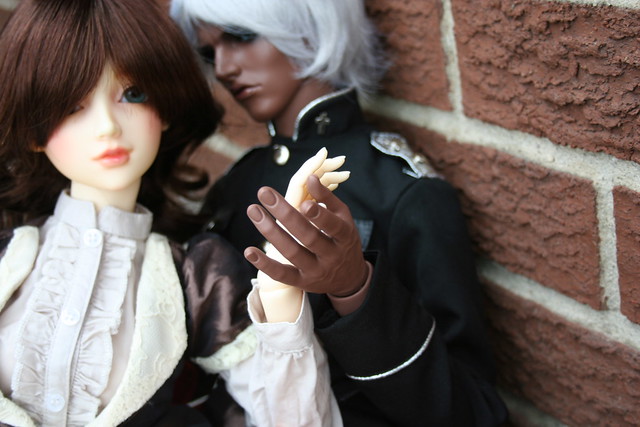 Out of the Box: The Eighth Doctor (Character Options Doctor Who) 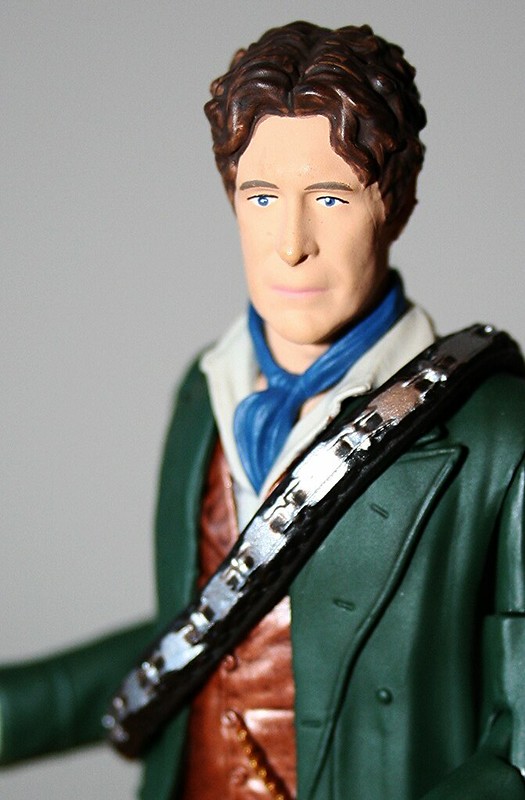 A couple of weeks ago in the comments section of one of my MiniMates posts, a conversation about Doctor Who figures popped up, which reminded me that despite my having sworn off buying new playline figures for the first quarter of the year, I was weak and actually already had one on the way (ordered along with the statue I shared a few days ago).  Hey, at least I lasted through January, right? ;)

In any case, because I'm that person who liked the Doctor Who Audio Adventures better than the TV series (classic or revival), I of course had to buy the newest figure of the Eighth Doctor from his "Night of the Doctor" TV appearance since a couple of the included lines meant the audio adventures are now canon for the TV series (which I actually stopped following, but hey).

Since I've posted about Character Options figures in the past (and this one is in line with those - solid amount of detail, 13 points of articulation, accompanied by a couple of well-detailed small accessories) it's all photos from here.
Read the rest of the post here »
Posted by jSarie at 7:14 AM 18 comments:

Out of the Box: John Constantine (DC Collectibles) 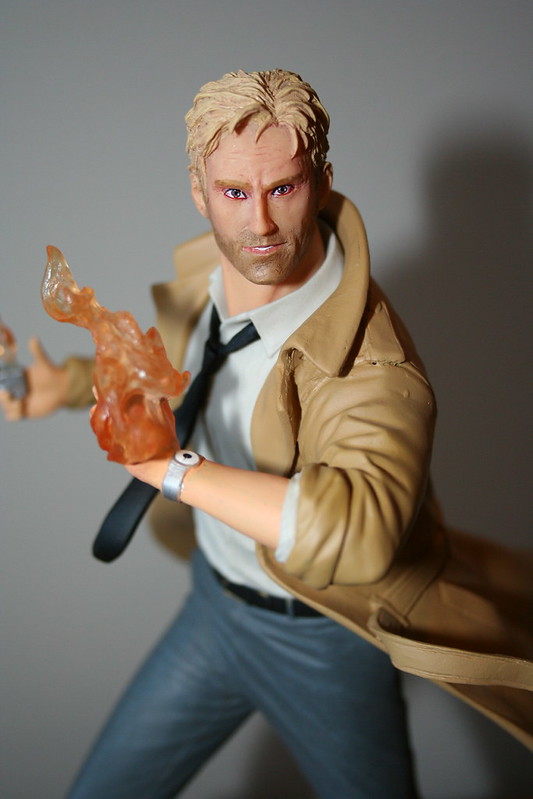 I have a few of the Hellblazer-related collectibles from the late '90s in storage (you can see the DC Direct action figure in the background of the introductory photo from my first ever post on this blog), but not being a fan of the non-Vertigo/post New 52 version of the character (and I still haven't gotten around to checking out the full run of last year's TV series), I haven't picked up anything new for years.  But having recently reread Peter Milligan's run on the old series, I was weakened by nostalgia and when I saw a sale on the new John Constantine statue from DC Collectibles on Big Bay Toystore, I ended up ordering this statue.

Before I get into the review, can I just take a minute to complain about some of the box openings I watched while waiting for this statue to ship? Nearly all of them call John a Londoner (one even referred to him as a "Cockney magician") - but the character is supposed to be from Liverpool!

*ahem* But never mind that, on with the figure!

As I was walking the dog this morning, I came across a bright green doll shoe at the entrance of the golf course we were passing.  I didn't recognize it (but maybe one of you will?), but it was too striking of a contrast against the grey clouds of this rainy morning to not take a picture of.

One of the most common questions around Dimond Select Toys' MiniMates line from people who haven't seen them in real life is how they compare to Lego figures.  To help answer that question, I've taken some comparison photos of a representative from each line.

Our representatives for the day are both blind bag figures. On the Lego side we have The Fly (they call him "Fly Monster", I assume because it's not licenced as a movie tie-in) from the Series 14: Monsters release. On the MiniMate side, we have Tali from the Mass Effect: Series 1 release. Both figures have the standard body from each of their representative lines, although they do have unique head sculpts: the standard heads on both lines are peg-shaped.
Read the rest of the post here »
Posted by jSarie at 8:46 AM 15 comments: