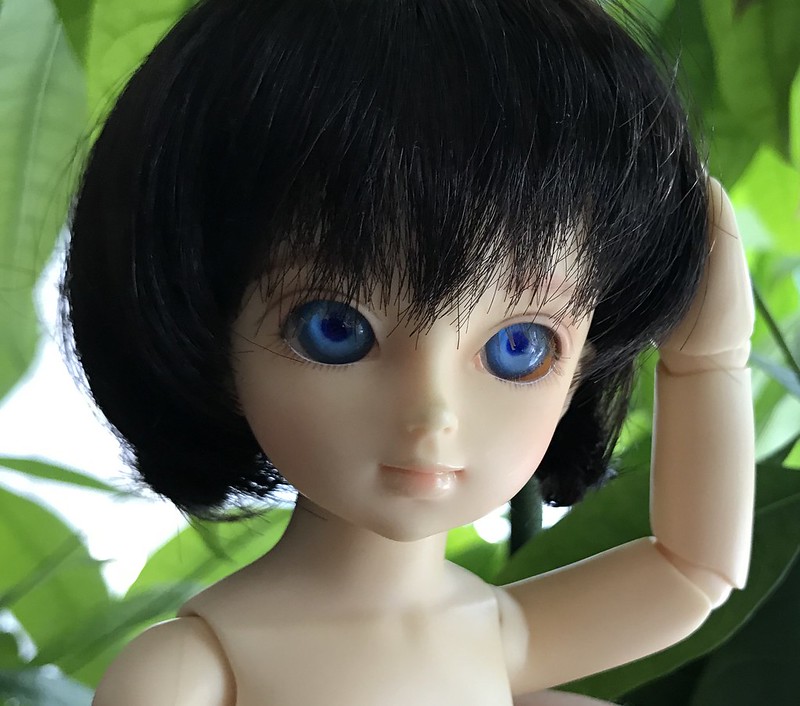 I was browsing Mandarake (the Japanese second-hand chain) looking at doll outfits the a few weeks ago when I came across a listing for a YoSD Tinatsu (also called Chinatsu, but I'll be using the former since it's what appears on her paperwork). While I debated buying her, she sold.  But a few short days later another Tinatsu was listed, this one at 3000¥ less because her eyes had been swapped and were no longer the default brown.  Since I can't resist a good deal, I decided to add her to my cart.

Unlike some of their larger dolls, there are no standard dolls in the Yo-SD size (26.5cm), so all of the releases have been limited run for the various Dolpas ("doll parties") and other events.

There were two versions of Tinatsu released, the first in 2006 at two August Dolpas, and the second in 2007 at Dolpa 18. The doll I picked up is from the second release.
I'm planning to take more detailed photos of this doll once I've customized her, but in the meantime I thought I'd share her with you as she is now.

.
.
.
It may be a while before I fully customize her, but I didn't want to wait to share her.

Thanks for looking!
Posted by jSarie at 8:03 AM